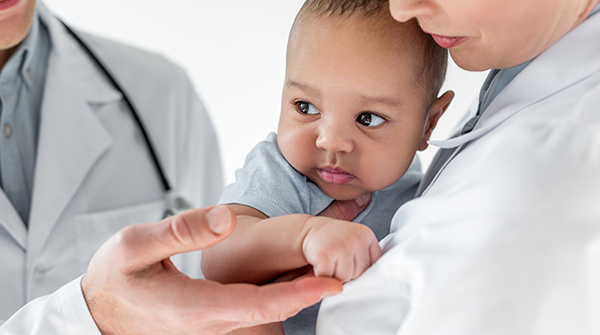 [WEBINAR] NARROWING THE GAPS: THE ROLE OF 2’-FUCOSYLLACTOSE HMO IN IMMUNE DEVELOPMENT

In this South African hosted webinar, Sanja Kolaček, MD, MSc, PhD, and Rachael Buck, PhD, will summarize immune system development in early infancy; review the bioactive components of breast milk and their effect on immunity in infancy; and explore the clinical benefits of the 2’-FL human milk oligosaccharide (HMO).

Paediatric Gastroenterologist
Children's Hospital Zagreb
Croatia
Sanja Kolaček finished University of Zagreb Medical School, where she also received her MSc and PhD degrees. Following her training in Paediatrics, she was trained in Paediatric Gastroenterology, Hepatology and Nutrition at various institutions, among which were also the Children's Hospital Birmingham, Liver Unit at the King's College Hospital London and the Endoscopy Unit of the Gastroenterology Department at the Academish Medisch Centrum Amsterdam. In 2008 she was appointed as Professor of Paediatrics at the Zagreb University Medical School. Within ESPGHAN, prof. Kolaček is the current ESPGHAN President, elected in 2018. Previously, she served as the Secretary General, was/is an active member of the Working groups for IBD, Acute diarrhea, and Pre/Probiotics, and for two terms was member of the Committee of Nutrition. She is/was also serving in different ruling and educational bodies of the ECCO, ESPEN, UEG and in various Croatian medical associations. Her editorial activities include being Associate Editor of the Journal of Pediatric Gastroenterology, Hepatology, and Nutrition (JPGN), and membership of the Advisory Board for the Journal of Crohn's and Colitis. Her main clinical interests include chronic enteropathies and chronic intestinal failure, clinical nutrition and nutrition of healthy infants, while her present research activities are in the field of IBD, Coeliac disease, Probiotics and Disease-related malnutrition. Professor Kolaček has published more than 250 papers in peer-reviewed journals, has written many book chapters and edited several textbooks, mainly in the field of paediatric nutrition and gastroenterology.

Senior Research Fellow, Global Research and Development
Abbott Nutrition
Columbus, OH, USA
Rachael Buck works on the forefront of infant nutrition. As a discovery scientist in the field of immune health, Rachael studies the components of breast milk to help Abbott nutritionists develop infant formulas that are as close as possible to breast milk. She helps design clinical trials to study the effects of these nutrients on babies’ development in the first year of life. Rachael leads the pioneering research program for human milk oligosaccharides (HMOs). HMOs are beneficial, prebiotic- like nutrients found in breast milk that help support immune and gut health. Abbott has driven the clinical research behind HMOs for more than 20 years, paving the way for this breakthrough ingredient to be added to infant formulas. The research on HMOs has demonstrated improved immunity benefits similar to breast-fed infants. Rachael joined Abbott in 1995 and over her career has received numerous prestigious Abbott awards for her research on nucleotides, pediatric immunity and HMOs. She was also named a Senior Research Fellow for her pioneering work. She has authored more than 50 journal articles and has over 120 granted patents. Rachael received her PhD degree in immunology from the University of Cambridge, UK.