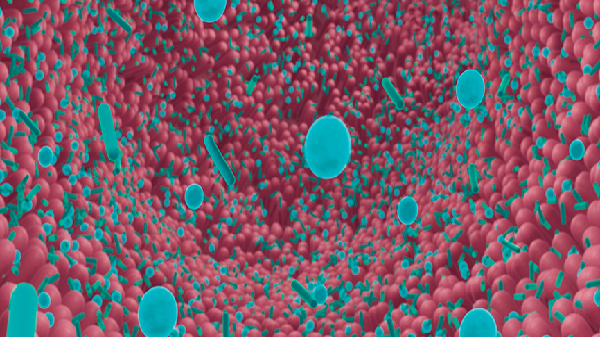 Join ANHI for an AAP Conference Dinner Symposium on October 8th. This live symposium will be led by expert faculty who discuss how to utilize HMOs and address the impact of COVID-19.

This live symposium, led by expert faculty who are experienced experts in the development and implementation of nutritional strategies to support the health of term infants, will comprise the following key elements:

• A discussion about the role of the gut microbiome in infant health and development
• A detailed examination of the role of HMOs in the health and development of term infants, including HMOs’ contribution to GI mucosal immunity and support of immune tolerance and protection
• Strategies for applying to practice the clinical-trial and real-world data that support the efficacy of HMOs in improving infant health outcomes, including educating parents and caregivers about the strategies
• A final segment in the form of a hot-topics discussion of the hygiene hypothesis— particularly with regard to the impact of COVID-19 and its prevention measures, COVID-19’s impact on the developing microbiome, and COVID-19’s implications in routine practice

This certified continuing education activity is provided by Haymarket Medical Education and is supported by an educational grant from Abbott.

Robert Murray, MD, is an academic professor of Pediatrics in the College of Medicine at The Ohio State University. He spent more than 25 years in the Division of Pediatric Gastroenterology and Nutrition at Nationwide Children’s Hospital.

Dr Murray’s primary areas of focus include biomedical nutrition and pediatric manifestations of malnutrition. He has published over 70 peer-reviewed articles, including most recently “A First Step Toward Eliminating Malnutrition: A Proposal for Universal Screening” in Pediatric Practice in Nutrition and Dietary Supplements. He has contributed to numerous books and public education projects, as well as to projects involving pediatric wasting, stunting, and obesity. Dr. Murray has served as a member of the National Dairy Council Nutrition Advisory Committee, a member of the Children’s Hunger Alliance Governing Board, the vice-chair of the board of Action for Healthy Kids, and a collaborator with Abbott Nutrition International on nutrition education for pediatric practitioners.

Dr. Murray has received several awards. Most recently, he was a 2016 finalist for the Pathway to Populations Health Award for Columbus CEO Magazine. He was a recipient of the 2015 Child Advocate of the Year Award for Ohio Voices for Children. In 2008, he received a Special Achievement Award for obesity initiatives and Chairperson of the Year Award from the American Academy of Pediatrics (AAP).

Within the AAP, Dr Murray is currently their representative to the National Dairy Council Health Advisory Committee. He is the former chair of the AAP Council on School Health and is a past-president of the Ohio Chapter of the AAP.