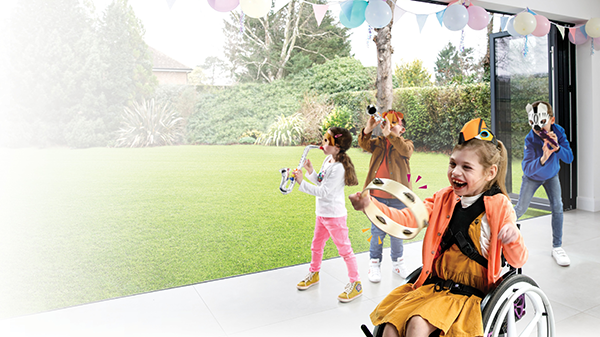 Lisa has worked in tertiary level paediatrics for many years and has led the specialist team in Bristol for 23 years. She has extensive experience and has covered most areas of paediatric dietetics. She has recently studied to be able to perform physical assessments in children to enhance and extend her scope of practice. She is passionate about paediatric dietetics and has a strong drive to make clinical research everyday practice for the profession.

Lisa has volunteered with charities overseas, supporting good nutritional practice in resource limited settings; published in books, journals, and presented at academic conferences. She is clinical lead for the advanced professional practice Masters in Paediatric Dietetics at Plymouth University. She volunteers as a member of the Paediatric Specialist group of the British Dietetic Association and currently sits as the post graduate education officer on the committee. She currently works clinically within the specialities of Paediatric HIV, Allergy and is helping to mobilise the national pilot project for children with complications of excess weight.

Jason has worked as a dietitian since 2000, and moved into paediatric dietetics in 2008 at the Starship Children’s Hospital, Auckland, New Zealand. Jason’s primary experience is in paediatric critical care and parenteral nutrition. After working in Jeddah, Saudi Arabia for 1 year as the intensive care and nutrition support dietitian for parenteral nutrition for NICU, paediatrics, and through to adults, he took up a post at King’s College Hospital in London in 2010 as the PICU and liver paediatric specialist dietitian, where he stayed for 3 years.

In 2013 he wrote the chapter for liver and pancreas in the 4th edition Shaw, Paediatric Clinical Dietetics textbook, before taking up a PICU/Cardiac/Burns post at Bristol in 2014. He has presented at a range of conferences and forums including the paediatric Module 1 course, and enrolled his respective PICUs in the PINS1 and PINS 3 international PICU surveys.

Lauren completed her training in Nutrition and Dietetics at the University of Surrey. After a short period as a rotational dietitian in adult practice, with a growing interest in paediatrics, she started working for the Bristol Royal Hospital for Children in 2012. Lauren has worked as part of the paediatric gastroenterology service since 2015 and is now the clinical lead for the dietetic team in gastroenterology and nutrition support.

Lauren currently manages the Bristol Dietetic Led Coeliac service and also works closely with the multi-disciplinary team supporting children and young people with other gastroenterology and hepatic conditions in Bristol and the South West, both as in-patients and out-patients.

After initially graduating with a degree in archaeology and anthropology, Laura discovered dietetics and for the past 20 years has enjoyed working across a range of adult and paediatric specialties in Arrowe Park Hospital, Wirral; Royal Manchester Children’s Hospital and Bristol Children’s Hospital. She took on the role of lead paediatric oncology dietitian in Bristol in 2016, a post which she finds never fails to throw up challenges and rewards.

Laura is actively engaged in a variety of quality improvement initiatives around anthropometry and nutrition screening, represents the Allied Health Professional (AHP) team for the paediatric oncology service and jointly leads on research activities in the department. Her current areas of interest are feed choice for oncology patients and enteral nutrition practice post bone marrow transplant and always has far more questions than answers .