Home / Conferences / [WEBINAR] HIDDEN CONVERSATIONS: HOW MILK OLIGOSACCHARIDES AND THE MICROBIOME COMMUNICATE WITH THE GUT AND BRAIN 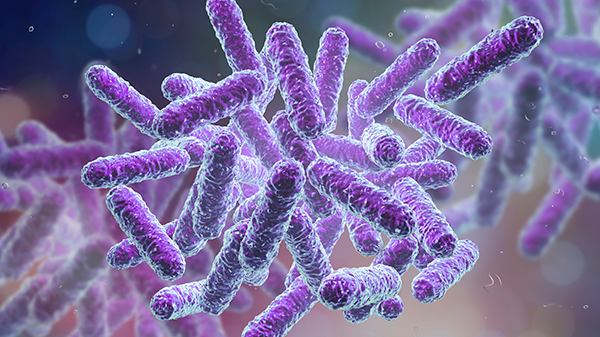 [WEBINAR] HIDDEN CONVERSATIONS: HOW MILK OLIGOSACCHARIDES AND THE MICROBIOME COMMUNICATE WITH THE GUT AND BRAIN

Note: You must be registered for WCPGHAN 2021 to attend this virtual event.

Important Notice:
Breast milk is the best for babies. The World Health Organization recommends exclusive breastfeeding for the first six months of life. Unnecessary introduction of bottle feeding or other food and drinks will have a negative impact on breastfeeding. After six months of age, infants should receive age-appropriate foods while breastfeeding continues for up to two years of age or beyond. Consult your doctor before deciding to use infant formula or if you have difficulty breastfeeding.

Dr B. Brett Finlay is a Professor in the Michael Smith Laboratories, and the Departments of Biochemistry and Molecular Biology, and Microbiology and Immunology at the University of British Columbia. He obtained a B.Sc. (Honors) in Biochemistry at the University of Alberta, where he also did his Ph.D. (1986) in Biochemistry under Dr William Paranchych, studying F-like plasmid conjugation. His post-doctoral studies were performed with Dr Stanley Falkow at the Department of Medical Microbiology and Immunology at Stanford University School of Medicine, where he studied Salmonella invasion into host cells. In 1989, he joined UBC as an Assistant Professor in the Biotechnology Laboratory. Dr Finlay’s research interests are focussed on host-microbe interactions, at the molecular level. By combining cell biology with microbiology, he has been at the forefront of the field called Cellular Microbiology, making several fundamental discoveries in this area, and publishing over 543 papers (h index=142). His laboratory studies several pathogenic bacteria, including Salmonella and pathogenic E. coli, and more recently microbiota. He is well recognised internationally for his work, and has won several prestigious awards including the E.W.R. Steacie Prize, the CSM Fisher Scientific Award, CSM Roche Award, a MRC Scientist, five Howard Hughes International Research Scholar Awards, a CIHR Distinguished Investigator, BC Biotech Innovation Award, the Michael Smith Health Research Prize, the IDSA Squibb award, the Jacob Biely Prize, the prestigious Canadian Killam Health Sciences Prize, the Flavelle Medal of the Royal Society, the Queen Elizabeth II Diamond Jubilee Medal, the Prix Galien, is a Fellow of the Royal Society of Canada and the Canadian Academy of Health Sciences, is a Member of the German National Academy of Sciences, the European Union Academy of Sciences, the American Academy of Microbiology, Chair d'État, Collège de France and is the UBC Peter Wall Distinguished Professor. He is an Officer of the Order of Canada and Order of British Columbia, and inducted into the Canadian Medical Hall of Fame. He is a cofounder of Inimex Pharmaceuticals, Inc. and Microbiome Insights, scientific cofounder of Vedanta Pharmaceuticals and CommenSe, Director of the SARS Accelerated Vaccine Initiative, and Founding Director and Senior Fellow of CIFAR’s Microbes and Humans. He is also the co-author of the books Let Them Eat Dirt and The Whole Body Microbiome.

Dr Lisa Renzi-Hammond earned her B.S., M.S. and doctorate degrees in from the Psychology Department at the University of Georgia. While at the University of Georgia, Dr Renzi-Hammond specialized in visual neuroscience and neurological development and studied the ways in which implementing behavioral changes influences vision system function, as well as risk for acquired ocular and neurological diseases.

Dr Renzi-Hammond completed her postdoctoral fellowship at the University of Texas at Austin as a member of three different disciplinary groups: the Center for Perceptual Systems, the Institute for Neuroscience, and the Nutrition Sciences Department. Dr Renzi-Hammond also served as a visiting scientist at the Jean Mayer USDA Human Nutrition Center on Ageing at Tufts University in Boston, MA, where she was a member of the Carotenoids in Health Laboratory.

Following her graduate and post-graduate training, Dr Renzi-Hammond returned to the University of Georgia as faculty, where she founded the Human Biofactors Laboratory and published numerous peer-reviewed articles and book chapters on the topic of nutrition and visual and neurological function. She has presented this research in a wide variety of national and international venues. She is currently an Assistant Professor in the UGA College of Public Health, the UGA Neuroscience Program, and is adjunct faculty in the Behavioral and Brain Sciences Program in the Department of Psychology.